It always amazes me when I meet someone and get to know them, and find out later that they had some past career that I find fascinating. It never really occurred to me that I should talk about my past “life” because I find other’s more interesting than mine. Recently it has been brought to my attention by a friend, that I should do a blog post about my past life in the music industry because it probably is interesting to others. Ok, here goes – I used to be a professional musician:

In the early days of my recording career, I formed a band called Britain. This band was conceived by myself and my partner (at that time) Mr. Thomas D. Burfoot. The band was a vocal and guitar band, with a requirement that each and every member be capable of singing lead. I was the lead singer and I always had a compliment of a full 3 piece vocal ensemble backing me up. In the studio we always sang around one mic as a unit. The sound was rich and full to put it mildly (I do have some surviving recordings from 1981).

I know that what you really want is some pictures, so here you go. Please bear in mind that these shots are scans of old photographs. 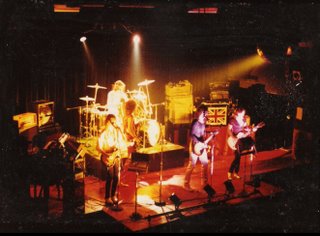 This is a shot of the band on stage at a venue called “The Main Act” (in the Boston area, and no longer open) where artists like Rainbow, New England and other recording artists of the day used to regularly perform. I am wearing at the mic, wearing the dark top and light pants. This shot was taken during the time that we featured 3 lead guitar players! Often 2 players would do harmony lines and we would have the 3rd doing backing rhythm chords. Other times, all 3 would play harmony lines together, for the richest guitar sound you can imagine. 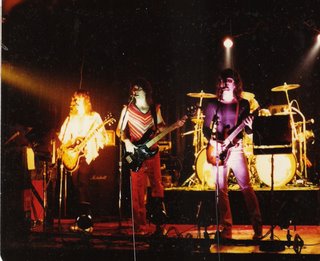 This is a closeup shot of the front line, L to R: TDB, Louie Spats and myself. At this point in time, we had ditched the 3rd guitar player and went with a more traditional lineup.

This TDB on the left, with a very rare 3 pickup SG configuration Les Paul. I, on the right, am playing my famous 1958 Gibson Epiphone, which I still own to this day. In previous shots TDB is playing a Les Paul Standard. He’s had so many guitars, I can’t keep track. The latest Les Paul he has was a black Custom that he bought from The Edge, which he later sold. Guitar players should take note that all of our amplification was Orange. The Marshall gear in the background on the right belongs to another act which was scheduled to play later in the show. Back in those days it was common for several bands to be featured in a single show. The bands would all be on the same “level” so to speak, so the owner of the venue would made the decision about who would play when, based upon how he liked the band’s sound during the sound checks. We always got the favored middle position – going on about 10:30 pm and literally cleaning out the club for the last band on the show.

I quit the business for several years. Then, my friend Danny Brown convinced me that I should begin a new solo project in 1990. This project was called “mjk.”

The mjk project has some very promising beginnings. I had just recently began to recover from some serious medical problems and things were starting to look up for me again.

I have more pictures but I want you to please bear in mind that in the mid to late 1990’s digital photography was nothing like it is today. Many of the photographs are…. well, they suck. But you get the idea. Back in the day they were good enough for the world wide web and we didn’t thumbnail these small photos. They were used in articles 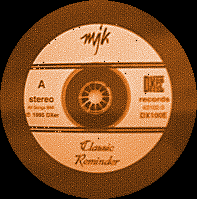 just like you see them here. I was blessed with some great players who graced the tracks of my records. In 1990 I released a 2-song cassette single featuring 2 tunes that we recorded at Long View Farm Studios, and engineered by the world-famous Jesse Henderson. Long View was a favorite studio of The J. Geils Band. Jesse is one of only a handful of other engineers that I recorded with. Nearly all of my recordings were self-engineered. I have also recorded and produced about 100 albums for other artists.

Our 2-song single was called a “reverse cassingle” a term that we actually invented and it used today to refer to a cassette single where the song orders are reversed, making it easy to use the

automobile cassette players “reverse” function button to repeat the songs. This was in the days before in-dash CD players were common. In 1994 I began work on a new CD project, which would be entitled “Classic Reminder.” While the 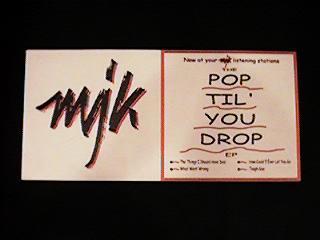 name of the album sounds rather strange, it was well received even though the name was in fact a mistake! I had given the name to my partner verbally over the telephone, and he thought I said “Classic Reminder” when in fact I had said “Classically Minded.” The record features a broad range of musical styles, all of them “classic” sounds (at that time, at least – there is no “alternative” sound on this record). I do have mp3 files of the songs on this record, and there are a few surviving samples floating around, even in Taiwan. When released, this record was available in the Tower, Strawberries and Media Play chains in North America. I don’t remember what the distribution was anywhere else. The record that was never released was called “Pop To You Drop” and the photo shows an advertising floor tile that was planned for the distribution. They tell me that Sony had one of these floor tiles outside of their mastering lab (because Sony did all of my mastering) but I never personally saw it.

During the recording of Classic Reminder, I suffered from another severe medical problem that would prove to be my undoing. I had to take an entire year off from recording. There are several songs on that record with vocal takes that were more than a year apart. Fortunately for me, my voice is very consistent throughout the years (as well as my recording techniques!) so you can’t even hear the difference. I’ll jump to the end and tell you that eventually I had to give up my recording career because my medical problems just wouldn’t allow me to do it anymore. I lost all momentum and had to give it up.

Here are some more photos: 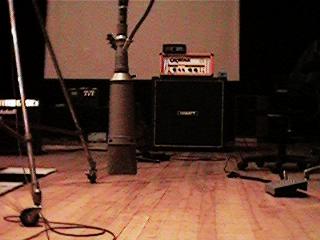 Studio shot showing how I mic’ed my guitar tracks. That is an Orange 80 watt head (built in July 1978) and a HIWATT cabinet. The mic is a vintage Neuman U-68 (tube preamp). 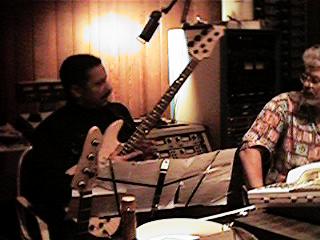 This is a shot of Tony Vaughn (Earth, Wind & Fire, Spyro Gyra, etc.!!!) and I working on one of my tracks in the famous EVS/Fleetwood Studios “A” room. I once asked Tony how many disco records he played on in the 70s and he responded “all of them.” 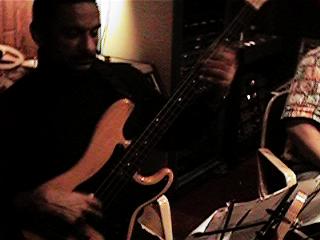 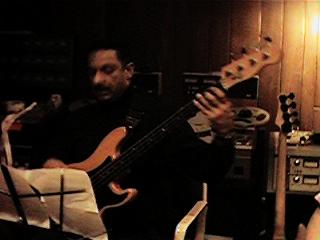 Tony is such an amazing player that I very often forgot to press the RECORD button on the master recorder, because I was totally captivated by his playing. He is the best bass player in the world.

These days, I still keep up my guitar skills. I occasionally play for friends and sometimes I show up at cafes or restaurants for fun. I am writing new songs and I am toying with the idea of a new album. I approach it all in fun, and it doesn’t weigh me down.

There are a few more things that I want to say, so I can set the record straight. My cancelled Canadian tour was the direct result of my financial backer pulling out on me at the last moment. He left me with US$8,000 of debt for equipment that he authorized me to purchase. Even though there was an official apology on my website at the time, I have never gotten over it. I had the most wonderful fans that anyone could ever hope to have, in Canada. The times I spent in Montreal with my fanbase are cherished memories for me. I will never forget how you all treated me.

I am the original and rightful owner of the internet domain mjk.com, (you may want to follow this link and see where you end up) which was stolen from me by Network “Solutions” in the year 1999. After that happened, all the fun went out of the whole thing for me. Coupled with my medial problems and the associated financial burden, I gave up my mjk project.

So, now you know. Hopefully you will still talk to me.