Yet Another Super Typhoon Approaches Taiwan
Oh yeah, and another one is lining up for the kill…. 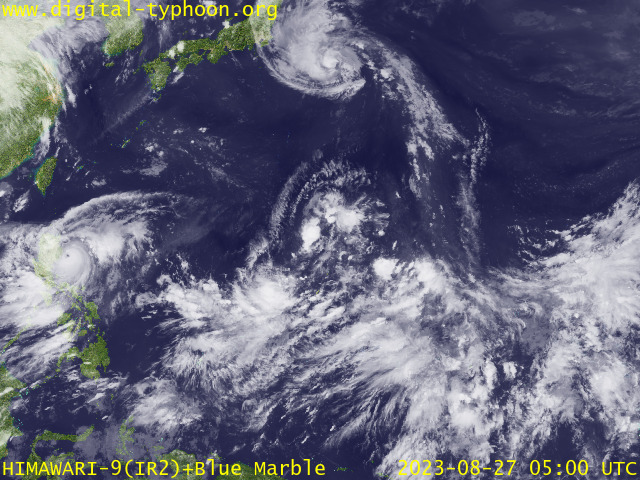 Update: Another beautiful satellite image that I wanted to share with you.

We already have tons of rain, and the storm is still very far away! I think this is going to be bad.

The photo to the left is an IR satellite view of the Pacific Ocean centered on Guam and clearly shows this well developed storm heading our way. The cool thing about this URL link to the photograph is that it is constantly being updated. Refreshing this page will give you the latest satellite photo. This is yet another killer typhoon which is threatening us. A few weeks ago another storm tore up much of Taiwan, leaving a nice wake of destruction. In my own apartment complex, a very large steel basketball backstop was blown into the garden by winds. I am unable to even budge this backstop with all my might, its that heavy. It took several weeks for the complex management to get some equipment to put it back into place (I did not get photos of the backstop in the garden for some reason). Dear Reader, I promise that this time I will get you photographs of whatever this thing does to our neighborhood. You will of course notice that another tropical storm is brewing right behind this one….

Last August a typhoon named AERE decided that the landscape needed re-arranging, and so it whipped things around and made quite a mess. These shots are taken not very far from where I live. I was riding a scooter and came upon this damage (good thing I had my Nikon with me) 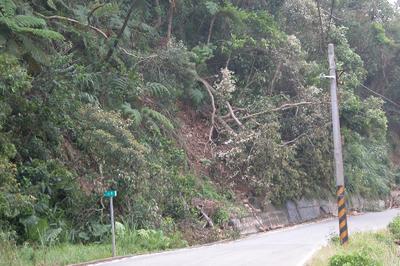 First, it did things like this small landslide. Then it went onto destroy the road. There was so much water in the flood plain that it undercut the embankment and the concrete retaining wall broke away, which let the road slip off the ledge. Not pretty. 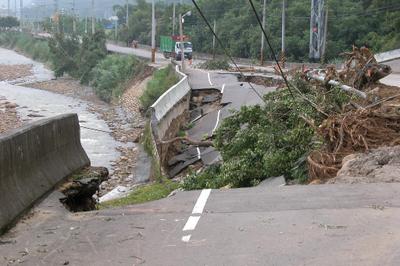 In the second shot you can clearly see how the road just fell off the ledge it was built upon when the retaining wall gave way. 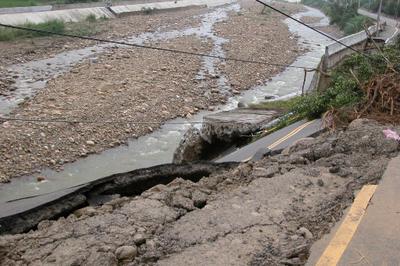 You could drive your car or truck right off the road and into the drink if you weren’t paying attention.

A year later this section is still not quite fully restored but it is safe to travel on this road.