My father was known at “Mr. Fixit” because he could fix just about anything. When my family first moved into our new Florida home in 1959, my father went about building things. First he boxed in the ugly heating oil tank that was hung from the ceiling in the garage. He then made a storage area below it. That wasn’t enough so he built a full length 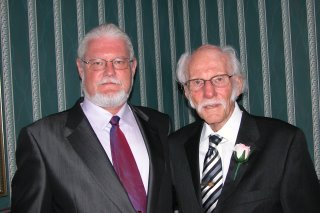 counter in the garage, and provided us with a lot of storage space. Then he walled off the garage about ¼ way from the entrance and built himself an electronics workshop. Building things came naturally to my father and I’m happy to say that I have inherited his ability. So when I brought home the discarded remains of a wooden go-kart from down the street, my father went to work on a plan to rebuild it.

The kids down the street were older. They were always doing cool stuff with bicycles, model airplanes and other things that were beyond us little kids at the other end of the block. So, when one of the big kids threw out their wooden go-kart, well I just couldn’t pass up that opportunity. I pushed it home. It was really cool too. Low slung, good seat and a pair of bat wings, with radii cut into the trailing edge. It was an early 60s kid’s dream come true.

Father said he could fix it up in a couple of days. There were no wheels on the thing, and he needed to install new axles. Plus it needed some attention to the woodwork. Unfortunately, I had found it on a Sunday and Father didn’t have time to go to the store and get all the parts that day. I was disappointed to say the least.

During the following week, my father and I would spend a few minutes each evening after dinner, going over the project. It was extremely simple of course, but for a kid of 9 or 10, it was a huge deal. Now, I really appreciate how my father worked with me and introduced me to the process of project management by taking small steps one-by-one, but the suspense was killing me! I wanted to take a ride on it! I had to wait until that weekend before it was finished. I can still clearly remember my father showing me how to install the wheels on the axles. I was so anxious to get it finished that I didn’t even want to take the time to paint it.

Saturday was a great day for me. Even though it was technically a pushcart, and not a go-kart, it was still very fun! I would push it along as hard as I could run and then jump into the seat to ride until it stopped. There was no steering but that was OK because our street was straight – no curves! I talked another kid into giving me a tow on his bike and that was really cool! The closest thing to being powered that I had yet encountered (it would be several years before I got my first gas powered go-kart). I ran myself silly on that day, and also on Sunday. My brother John liked it a lot too, but he was really too little to get it up to speed. He liked me to push him in it of course. We had fun with it every day after school.

On Thursday I came home from school, changed into my play clothes and went into the garage looking for my go-kart. I couldn’t find it! I looked outside, and all around the house. My brother was asleep so I couldn’t ask him if he knew where it was. My sisters did know 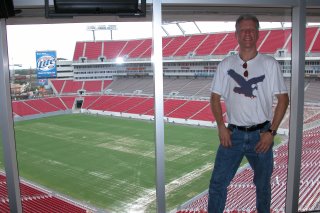 either because they came home from school with me. Where the heck was my go-kart? I wanted to ride it! I got the feeling that my mother knew, but she wasn’t talking. Later my brother woke up from his nap and my mother went and got me. She said “Your brother has something to tell you.” Well, whenever Mother says something like that, it’s never good!

John stood up in front of me, while Mother sat on the sofa behind him. I sat on the soft across from them on the other side of the “L” shape (I’m trying to give you a visual here). His face was lined from sleep and he looked groggy. He was rubbing his eyes and I thought he was just rubbing the sleep out of his eyes but he had started crying. “I lost your go-kart….” he said as he began sobbing. He couldn’t go on any more…. Mother took over. “He took your go-kart over to Tony’s house this afternoon. When he came out, it was gone.” I was stunned! How could this happen? I didn’t mind John using it, and truth-be-told, if he had used it while I was at school and had it back before I came home, I probably never would have known. But to leave it parked outside a neighbor kid’s home and have it stolen was beyond comprehension in our safe 1960s neighborhood. No, someone stealing it would have been virtually impossible. “Where did it go?” I asked, hoping that there was a chance to maybe recover it somehow. What Mother said to me next was disheartening: “He parked it next to the garbage cans, and the garbage men took it away, thinking it was garbage.” Sure, I knew my wooden go-kart was a piece of crap, but how could the garbage men take away a perfectly good go-kart like that? Now I was pissed!

That night my father didn’t help matter when, after Mother related the day’s events, he said “Tonight, some garbage man’s kid is enjoying your go-kart.” Thanks for making me feel better Dad!