Dinosaur remains were first discovered in Thailand in 1976. Immediately the government began investigating sites where dinosaur bones were reportedly found. Since that time, no less than 5 new types of dinosaurs have been discovered here. These new types not only constitute new species, but 5 new genus of dinosaurs as well. In addition to new sauropods, a smaller and more primitive early version of tyrannosaur has been discovered. These discoveries make Thailand one of the most important places on earth for dino research.

Hui-Chen and I wanted to see some of these dinosaur dig sites for ourselves, so we traveled to Phuwiang National Park, about 100 KM from Khon Kaen. 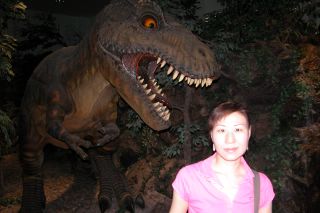 Small Tyrannosaur trying to scare Hui-Chen. Does she look scared to you? 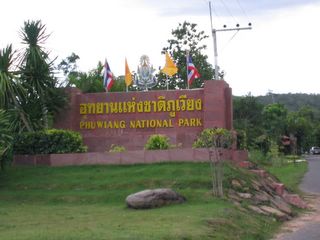 After a brief stop at the Dinosaur Museum, its off to the Phuwiang National Park, where we will be visiting actual dinosaur dig sites. 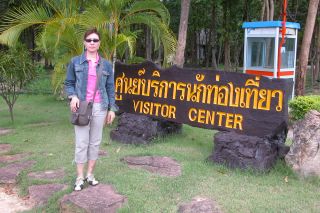 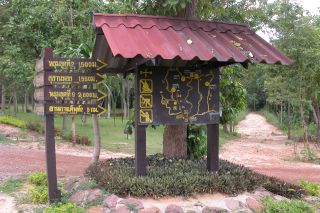 Across from the Visitor Center welcome sign is a map of the dig sites. Notice the distances (in meters) on the signposts to the left. 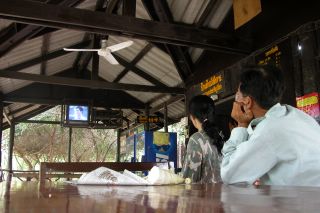 After a 100 kilometer motor bike ride to get to the park, Hui-Chen and I decided to get something to eat. I took this shot to demonstrate that no matter how far in the bush you go in Thailand, someone, somewhere has a stinking TV going with Thai dramas. 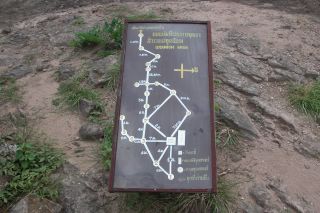 Once on the trail to the actual sites, there is another small , and very confusing map. North is to the right, which is normally East. Notice “uranium area” at the top. Don’t ask me what this means, ’cause I do not know! 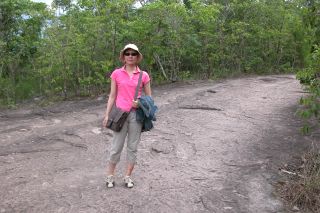 The trail to the dig sites begins on this section of sedimentary rock. The rock is stratified and hollow in some places. If you kneel on the rock and tap it with your hand you can hear differences in the sound among different areas. 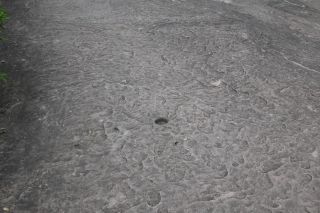 This is one of numerous holes used for detonations to produce shockwaves so the profiles of underground objects may be read by computer. If you saw the movie Jurassic Park then you know what I am talking about. 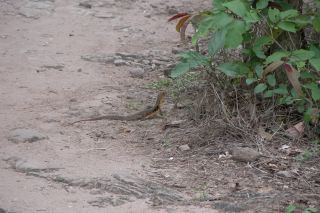 A beautiful lizard we saw on the trail to the first dig site. 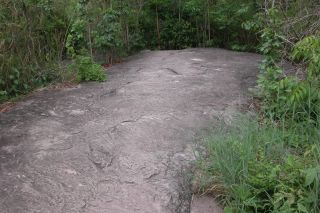 Another shot of the sedimentary rock. This used to be ocean bottom apparently. 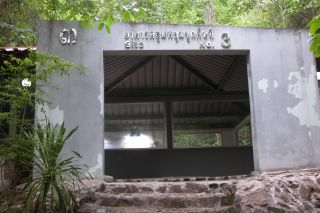 This is site #3, only about 300 meters down the trail from the parking lot. The dig sites are protected by permanent buildings of course. 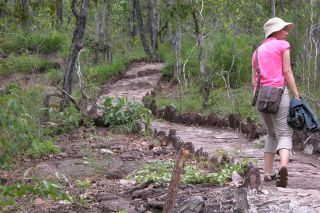 After #3, the trail starts to climb uphill. 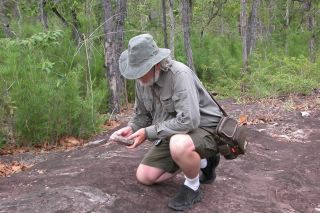 Along the way, I stopped to examine some of the areas where the rock was loose and easily removed. Often you can find fossils in between the layers of rocks of this type. 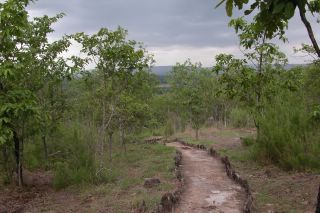 Looking behind, we see how steep this mountain trail is. 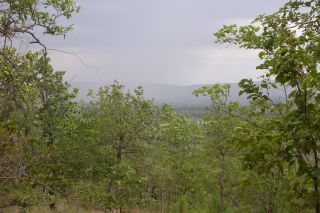 The fog in the distance is actually rain, which threatened us all day. We saw the squall line coming but it never reached us, fortunately as we would have been soaked. 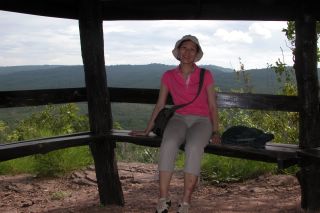 Once at the top of the mountain, we found 3 rest areas. Good thing too, as we had just hiked more than 1,500 meters distance to an elevation of several thousand in altitude. 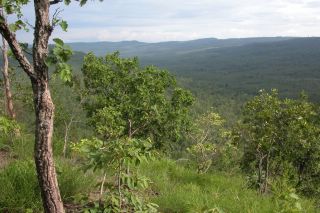 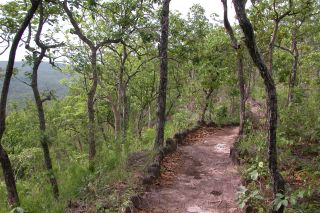 Now the trail goes along the top ridge of the mountain for a short distance before reaching the next dig site. 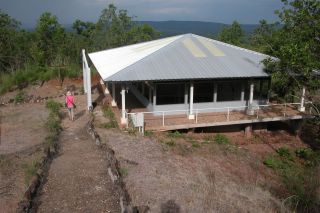 This is dig site #1, approximately 1,600 meters from the beginning of the trail. 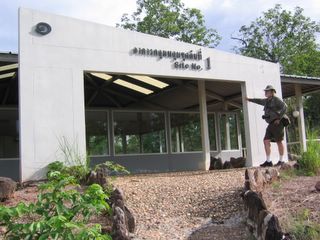 This is the dig site permanent protective structure, which I am holding up. 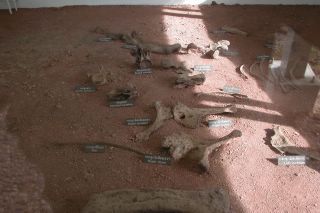 Inside the #1 site you can see the many bones which have been unearthed here. 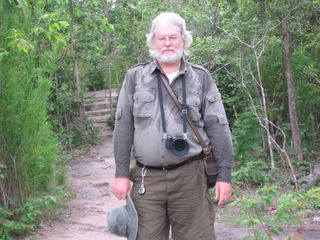 Let me tell you that it is very hot here, and you have to be prepared for it. We did not bring any water with us because we were only hiking for a few kilometers, but inexperienced hikers and families with children will want to bring water for sure. I also highly recommend the use of sunblock. There isn’t much you can do about your hair though, after a 100 KM motorbike ride followed by stuffing it under a bush hat for hours.

After this photo was taken, we considered the advanced time and the local sunset and decided to go back down the mountain and back to Khon Kaen.